Home to the Roof of Africa

A little bit about the Park & Mount Kilimanjaro

Kilimanjaro National Park is located in Tanzania along the northern border shared with Kenya. It covers an area of 652 square miles (1,688 sq km) which includes the montane forest that surrounds Mount Kilimanjaro. Mount Kilimanjaro is one of the 7 Natural Wonders of Africa and a UNESCO World Heritage site.

Kilimanjaro National Park is home to Mount Kilimanjaro which is the tallest mountain in Africa and the tallest free-standing mountain in the world. It reaches a maximum height of 19,341 feet (5,895 m) at Uhuru Peak. Uhuru peak is part of the Kibo cone, which is one of three volcanic cones found on the mountain.

Mount Kilimanjaro and the surrounding national park area are unique compared to most national parks because almost all ecosystems are accounted for from the area between the base and summit. The summit provides for an arctic ecosystem with a trek up the mountain delivering visitors through cultivated land, rainforest, heath, moorland, and alpine desert. 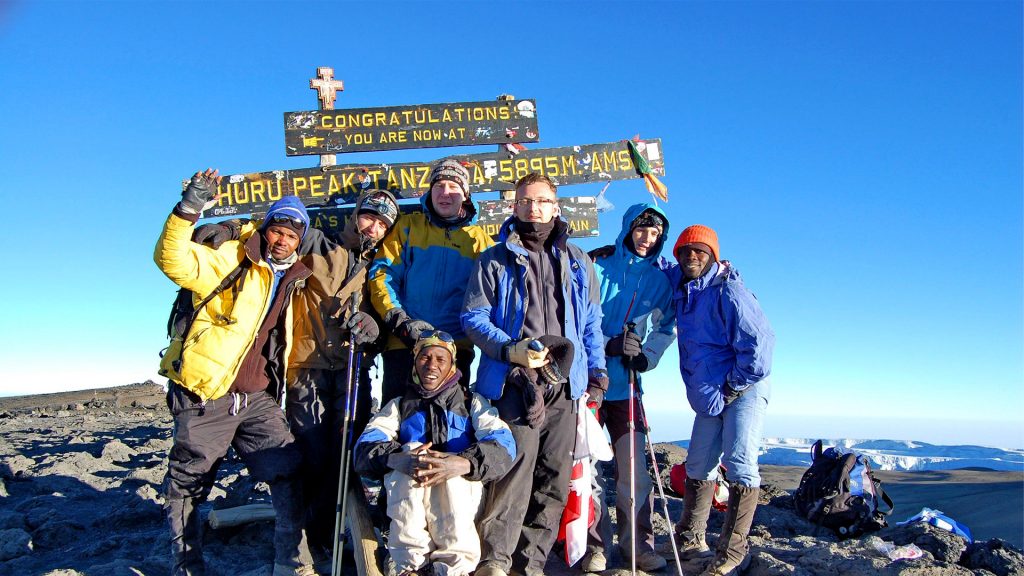 There are six common different official routes up the mountain. The Marangu route, which includes shared sleeping huts, is considered the easiest and the most common, Machame route, Lemosho route, Rongai, Umbwe, and Shira. Failure to acclimate to the altitude is the most common reason that people do not reach the summit. The youngest person to climb the mountain was 7 years old and the oldest was 89 years old.

Wildlife is not abundant in this area; however, elephants, leopards, and buffalo may be seen in the montane forest. These sightings are not something to anticipate with a climb up Mount Kilimanjaro. One of the fun wildlife sightings in the western black and white colobus monkeys as they jump from tree to tree.