Home for the Elephants

Ranking as the 6th largest National Park in Tanzania and covering an area of 2,600 square kilometers, The Tarangire National Park is most popular for its large elephant herds and mini-wildlife migration that takes place during the dry season which sees about 250,000 animals enter the park.

Located slightly off the popular northern Tanzania Safari Circuit, the park lies between the meadows of Masai Steppe to the southeast and the lakes of the Great Rift Valley to the north and west. Within the northern part of Tarangire is the permanent River Tarangire also known as the lifeline of the park particularly in the dry season when most of the region is totally dry. 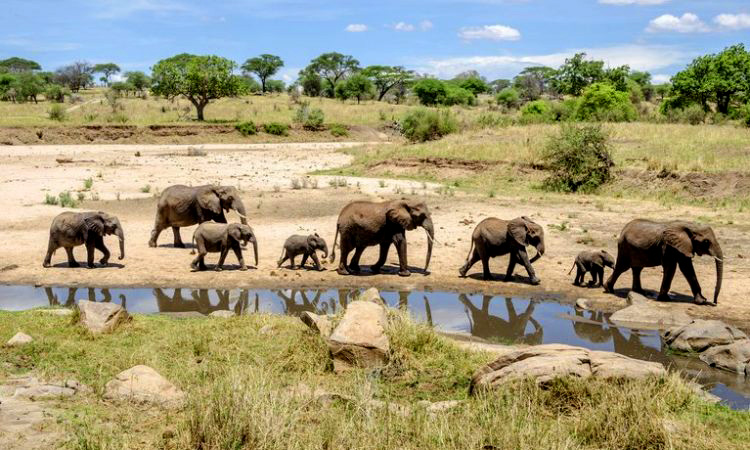 This flows northwards until it exits the park in the northwestern corner to pour into Lake Burungi. There are a number of wide swamps which dry into green plains during the dry season in the south.

During your Safari in Tarangire, You are highly recommended to stay for a couple of days especially in the south of the park which offers a less crowded safari experience and gives you the opportunity to enjoy an authentic African feel of Tanzania’s countryside.