Saadani (1,062 sq km) is the only National Park in East Africa where you can be enjoying wildlife at one moment, including big game species such as elephant, buffalo, lion, giraffe, roan, etc. and then the next to be walking along a sandy beach and swimming in the surf of the Indian Ocean. There is about 8 km of the seafront and of these at least 3 km are unspoiled beaches. The undisturbed nature of the beaches makes it a favorite place for green turtles to lay their eggs and this beach is the most important breeding site for turtles in all of Tanzania. 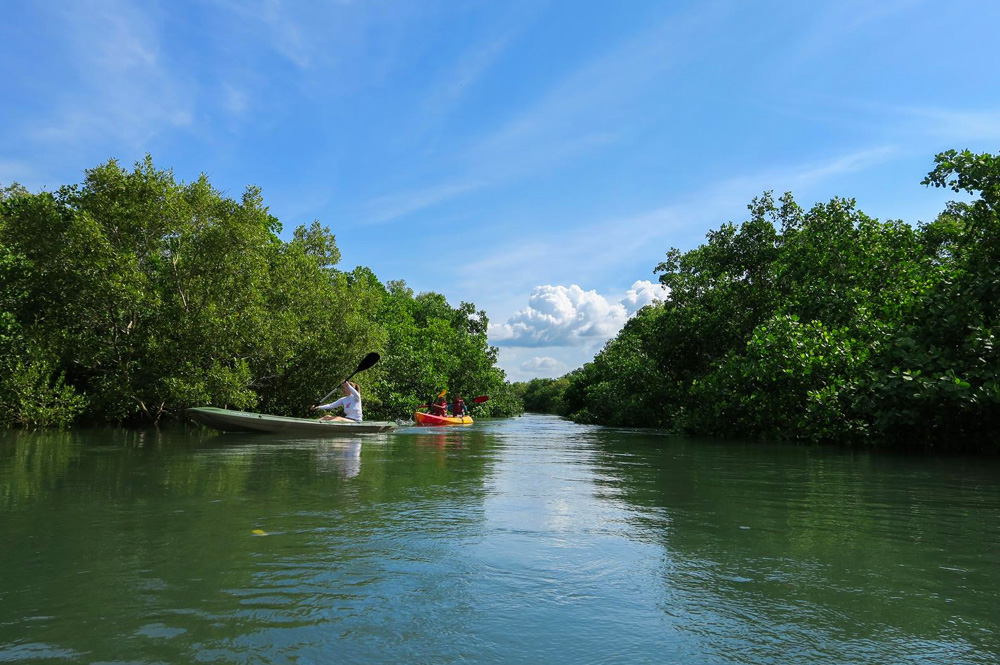 Wildlife is abundant and varied, with the amount of wildlife being seen increasing since the area became a National park. Species include giraffe, buffalo, warthog, common waterbuck, reedbuck, hartebeest, wildebeest, red duiker, greater kudu, eland, sable antelope, yellow baboon, and velvet monkey. Herds of up to 30 elephants are encountered with increasing frequency, and several lion prides are present, together with leopard, spotted hyena and black-backed jackal.