Ruaha National Park is vast and was upgraded to a National Park in 1964 and was further enlarged in 2008 to its current size of 20,226 sq. km making it Tanzania’s second-largest National Park. This makes it about the size of New Jersey in the United States, or of the whole country of Wales in the UK. In fact, Ruaha is part of a much larger ecosystem of about 45,000 sq. km. Nature reigns supreme across this enormous area. 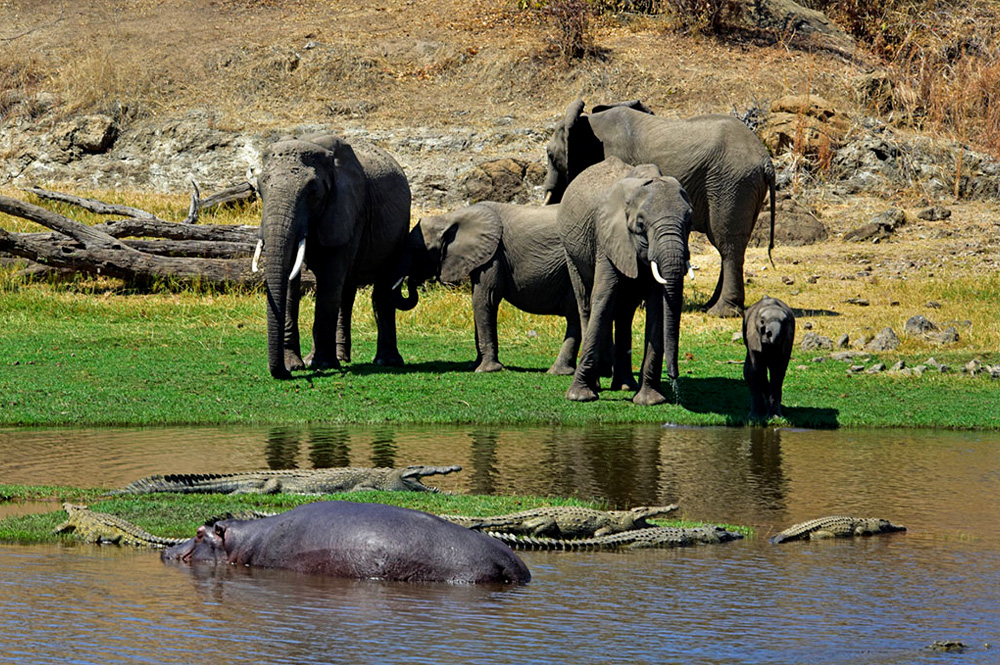 Big game such as elephant, buffalo, and plains animals, the more unusual species such as the antelope’s sable, roan, greater and lesser kudu are quite common. Cape hunting dogs are also often encountered. Ruaha is also a great place for the big cat’s lion, leopard, and cheetah. Birdlife is also understandably rich. In fact, outstandingly so with over 550 species having been recorded, and an enormous variety of birds of prey.