Times have changed and a lot of ethnic groups have changed with it. The way ethnic groups eat, drink, speak, dress or dance today is not the way it used to be a couple of decades ago. Take an example of the Maya people, a group of Indigenous peoples of Mesoamerica inhabiting southern Mexico, Guatemala, Belize, El Salvador, and Honduras, they were well known for their ritual of human sacrifice before the Columbian era, which they believed it offered nourishment to their gods. But to date, the Maya society does not sacrifice humans anymore.

But even with that big blowing wind of evolution to different ethnic groups, there are some who have managed to stay intact.

Have you ever wondered about people who live, eat, dress, speak and dance the same way way they used to a couple of decades ago?? 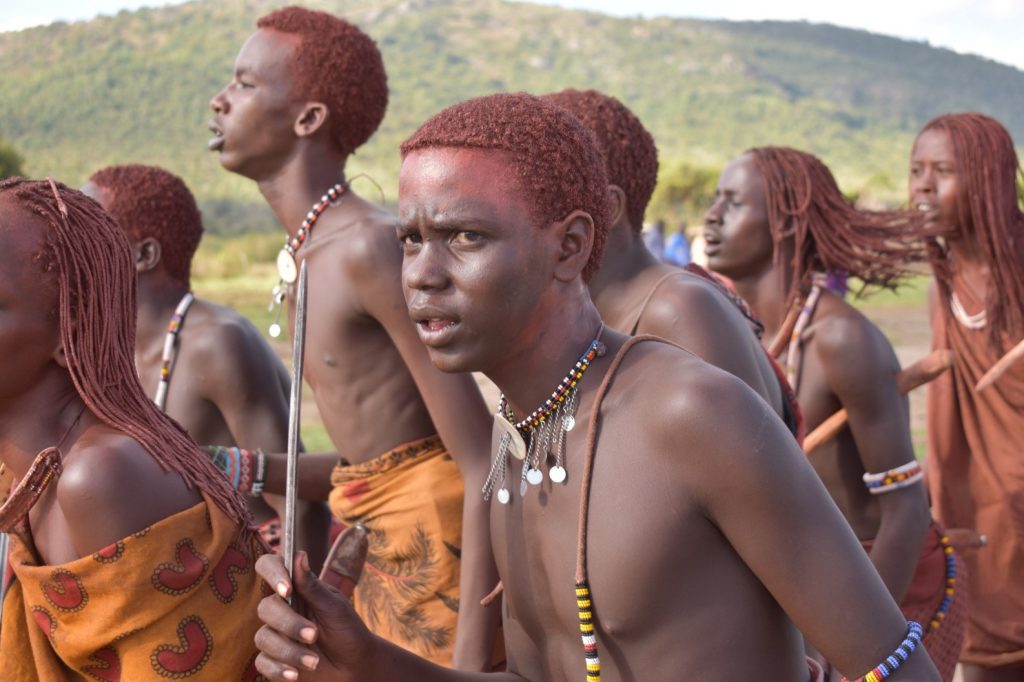 Inhibiting northern Tanzania and southern Kenya and speaking Nilo-Saharan language the Maasai are Nilotic (indigenous to the Nile Valley). Among the best-known societies due to their residence near many game parks of African great lakes and their distinctive customs and dressing that has remained constant for decades.

Maasai are pastoralists with fearsome reputations as warriors and cattle keepers and according to their own oral stories, Maasai originated from the lower Nile valley north of Lake Turkana Northwest Kenya and began Migrating South around 15th century arriving to what is now Northern Kenya and later central Tanzania between17th and late 18th century.

The Maasai society is strongly patriarchal in nature, with elder men deciding the most major matter for each group. In disputes payment in cattle will settle matters. Maasai are monotheistic worshiping a single deity called Engai which has dual nature, EngaiNarok (Black God) who is benevolent, and Engai Na-nyokie (Red God) who is vengeful.

INFLUENCE FROM OUTSIDE WORLD

Despite the sophisticated urban lifestyle, many Maasai will happily dress in designer clothes, only to emerge from the traditional family homestead wearing a shuka (colorful piece of cloth), cowhide sandals, and carrying a wooden club (o-rinka) at ease with themselves.